I purchased a used 2001 F250 Crew Cab Lariat with only 54K miles.  The body of the truck is in near perfect shape but the frame and most of the components on the underside were covered in flaking rust.

For the past 13 years the previous owner had only used it twice a year to pull his camper to and from his campsite, resulting in the truck not seeing a snowflake or salt since 2003.  I knew that as soon as the body and frame were introduced to salt after that long, it would spread like wildfire.

I started researching what I could do and ran across Rust Coaters.  I called Tom to set up a time to look at the underside of my truck.  When I arrived, Tom put the truck on the lift to look things over.  He took the time to show me what he would do and how he would do it.  I set up the appointment without hesitation.

Now that it’s done I’m even more amazed.  His attention to detail is incredible.  He descaled and cleaned the entire chassis, removing as much rust as humanly possible.  Areas that shouldn’t be treated were taped off and covered while everything else was coated.  All totaled he used almost 7 gallons of his product on my truck.  He used special tools to get inside the doors, box sides, tailgate and hood.

When I arrived to pick the truck up Tom showed and explained to my wife and I everything he’d done.  He even ran off an extra quart of the product that I could apply if needed.  Tom is a great guy with uncanny attention to detail.

I know that I have now done everything possible to help prevent rust on my truck and am sure that with the help of Rust Coaters, it’ll be on the road for years to come. It was an exceptional experience with extraordinary service and an outcome that is simply fantastic!! 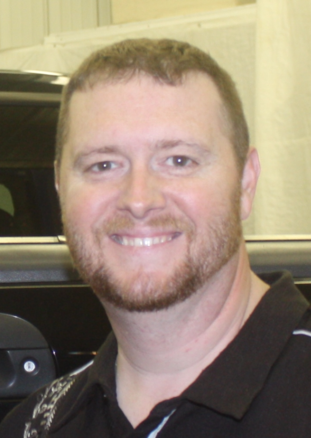